There comes a point in each legacy in which leadership must be passed from one generation to the next. Often, this moment is one of great pride for the family-in the common view, it is seen as a milestone towards the greater goal, a golden point in which the previous leaders may finally retire knowing that their life’s work rests in good hands. It is a moment of celebration, continuation, and the occasional lubrication. The passing of heirship is the ultimate goal, and for those chosen, the ultimate reward. It is a sure step towards glory.

Glory, however, is a gift given sparingly.

Bender awoke that morning with a purpose. This was rather unusual for Bender, who usually fell asleep on six bottles, and usually woke up with a pounding headache and a fuzzy, distorted vision. He blinked, taking in the clear, sharply outlined world. Today was to be a day of many firsts. 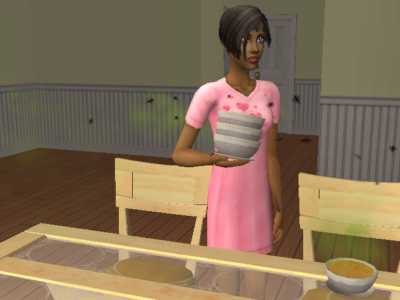 “This house smells like dead people,” murmured Blair, balancing a pile of dishes. Not being overly fond of dead people, she pushed the thought out of her mind.

Outside, Bender had a different idea on the matter.

“Nobody used the greenhouse anyway,” he shrugged. The money had better uses, such as phase two of Bender’s plan-Operation Emancipation, he called it. 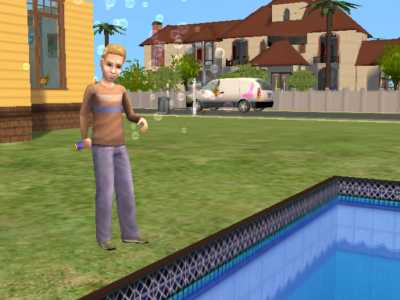 He blew a bubble or two, staring into the water, chuckling. “Damn, am I great!” he smiled. “This is the nicest thing I’ll ever do, and then it’s straight back to being good ol’ Bender.”

I see Bender’s inherited something from Benjamin, and not just his blonde hair. 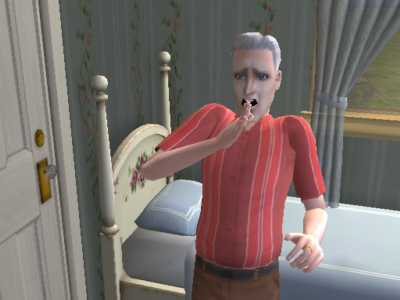 Benjamin was an exceptional cougher, which was, like many things, something he took great pride in. He rattled the windows, shook the floors, and sent tiny tremors the earth outside. Shaking, he felt in dire need of recreation. Sick people needed their fun, too, and despite Bridget’s claims, the Belue house was boring.

“I must’ve ordered a pool in my sleep!” wheezed Benjamin to himself. “Wow, my home improvement skills are incredible! I do believe that no one has sleep pool created before!”

You’re just blazing trails all over the place, Benjamin. Give yourself a pat on the back, why don’t ya?

Bridget’s carpool pulled into the street, and Bender rushed out to greet her. Though he had never gotten along with his mother, he felt as though she deserved at least a brief goodbye. Reaching his arms out, he sought only to give her one, final hug.

“Is that you, Bender?” said Bridget, pushing her son away. “Oh god, no hugs, please. I’ve never really cared for Bender.”

The damage had been done. A world view had been altered forever. Women were stupid, thought Bender. Except for Blair. She was nice, and she mopped his floors better than the damn maid. He only wished she knew how to mix a margarita.

“Bridget, dear?” called Benjamin. “While sleepwalking last night, I’m afraid that I built a pool! Can you imagine? Even Einstein-he insulted me once, I’ll have you know-couldn’t have done that! Would you care to join me?”

As Benjamin lead Bridget to the pool, Bender crept along behind, keeping to the shadows. Operation Emancipation was going swimmingly.

His sweater itched. He wondered why he was wearing a sweater during the damn summer, anyway. Bridget, contagious and deathly ill as she was, had never taken him shopping for new clothes. She’d never cared if he’d gotten heatstroke or not. He was Bender Belue, and Bridget could not give two shits about him.

Bridget and Benjamin coughed for two hours before getting in the pool.

As soon as Bridget slunk into the cool, refreshing water, Bender leapt from the shadows, and snatched the ladder. This being Sims 2, his mother and father began to panic. 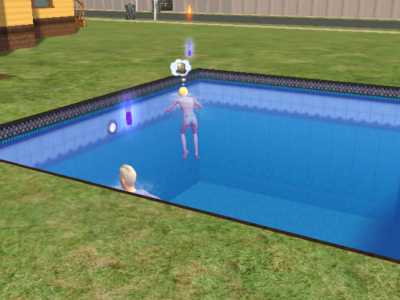 “My arms are so weak! I can’t pull myself out of this pool!” cried Bridget. “Put the fucking ladder back, Bender!”

“Damnit, we should’ve gotten that gym subscription!” Benjamin snapped. “And you should’ve given your son a hug every once in a FUCKING while! This is your fault!”

Satisfied and sunburned, Bender went inside. The day blackened into night. The Belue children, ignoring the ruckus outside, settled down to a quiet dinner. It was nice, Bender thought, being able to leave his room without fearing that he’d catch the plague. He was too damn cool to die in such a lame way. 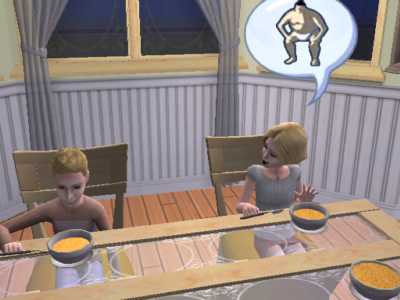 “So I’m thinking we should all get really fat, and then get a gym subscription,” said Berkley. “Wouldn’t that be so cool?”

Super cool, if Sims 2 Sims could actually get fat.

“I don’t need to go to the gym!” scoffed Bender. “I’ve got an eight year old six pack! Jeez, Berkley! You’re so stupid!” 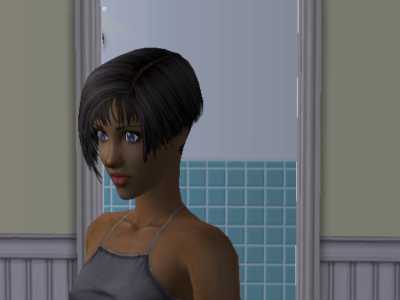 Staring out the window, Blair noticed her mother struggling. She sighed and shut her eyes, shaking her head. Their lives would be getting better soon, she knew. Without the disease looming over their heads, the Belue children could grow up as normal as their broken selves could. She wanted to sob, though she was not clear as to why. Her mother and stepfather were dying, but she felt so free.

Emancipation had never been so gruesome.

Bridget’s head had slipped under. Waving her frail fingers in the air, her mouth choked on the ceaseless flow of water. Vision blurred, her lungs filled. Weak as she was, the surface seemed miles away. 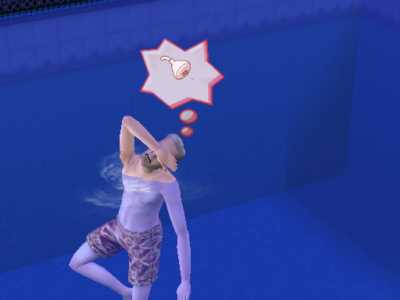 “My wife is dying, and this pool is making me so filthy!” sobbed Benjamin. “I’m going to die ugly!” 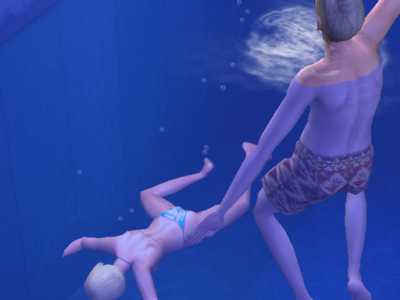 “HELLO!? CAN’T ANYBODY TELL THAT I REALLY NEED A FUCKING SHOWER?”

Um, Benjamin? Your wife’s on the bottom of the pool, and you’re complaining that you’re dirty even though you’re SURROUNDED BY WATER?!

And I thought he was the smart one. 😦

“Listen girl,” said Grim, “I love you like a sistah, but there’s a terrible case of the twosies at the Belue pad. I know, I know, I know they were doing the spread eagle, but really dear? I’ve got to work. Talk to ya later, lady, love ya!”

“Hold up, Mr. Belue, I want me out of here as much as you do. I just gotta wait for you to hit the bottom, too. Any minute now..”

“What? I couldn’t possibly die here! I’m halfway to my lifetime-!” 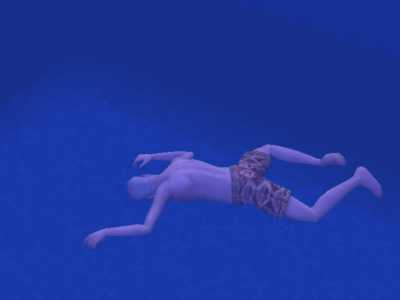 “Thank you for being quick with that,” said Grim. “Two checks off the list, whew, damn! I am missing my favorite TV program! No ceremonies for ya’ll, I gotta get back to my couch.” 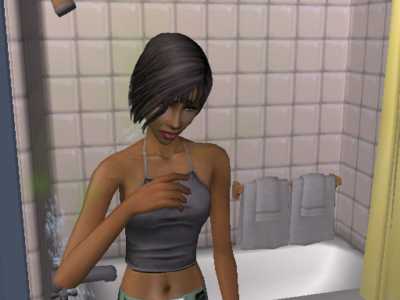 Inside, Blair cried softly. She cried for her parents, for her lost childhood, for the childhoods of her siblings, but mostly, she cried for the broken bathtub.

She ran to the phone, desperately needing something to comfort her. No human could drag her from this pit, she felt. Something more simple, more unconditional was needed. The morning would be better. 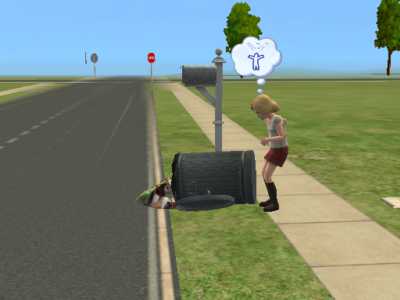 “I hate this stupid trash can! Reminds me of my lazy, stupid mom and my lazy, mean dad!” shouted Berkley as the police car pulled up.

Looking out the window, Bender could only think two words. “Oh shit.”

They didn’t have booze in prison. 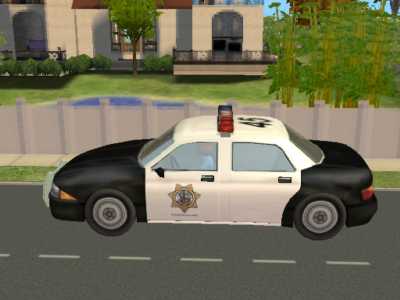 The police were not concerned with the business of the double murder, however. As a matter of fact, they were escorting a cat.

Monk had only recently been released from a maximum security prison after a thirty year sentence, and the police felt it necessary to escort him from one home to another. “He might go extortin’ again,” huffed the officer. “You gotta watch that cat-he’s tricky.”

“How much did he take?” asked Blair.

“Around thirty grand,” said the officer, pulling down his visor.

Disgusted, the police officer sped away. 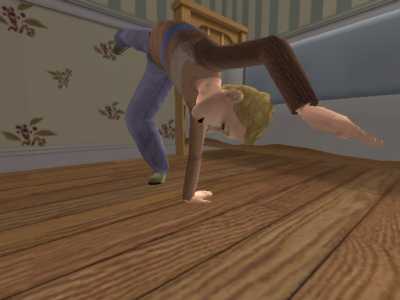 As Blair fell in love, Bender did somersaults. Freedom, sweet freedom! He had a lot of goals in mind, now that there was nothing to stop him. Having ended the previous generation, he felt it only appropriate that he would be the one to head the next one. And it was going to be damn good. 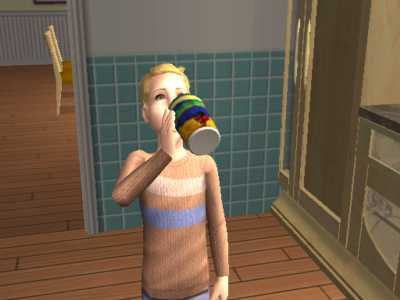 “I know it looks like juice, but it’s not!” shouted Bender. “And we better grow up soon! I have some big plans for this house!”

The world was not prepared for Bender Belue, though Bender had been born ready for it. All he wanted was another drink.

Berkley’s going to be the next cat whisperer. Lovely.

Madison was dreamed up a little east of the middle of nowhere, and was assembled a few blocks away from that. As her shelf life has worn on, she has developed a deep love for writing, style, art, emoticons, cute boys, and videogames-particularly The Sims. She hopes you enjoy her humble blog. Cheers. :D
View all posts by Anonymous Miss →
This entry was posted in Generation 2 and tagged and that's terrible, belue legacy, bender, generation two, legacy, sims 2. Bookmark the permalink.

7 Responses to 2-1: Chutes and Ladders