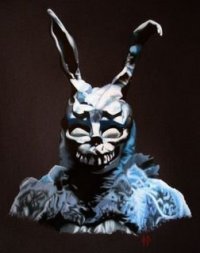 So anywho, at the moment, I am sitting here at my computer, so sunburned I could be mistaken for a Zoidberg cosplayer, deciding how to tell you a very important message. I suppose I’ll put it bluntly: I’m going to be posting an heir poll later tonight or tomorrow, because this will be the final chapter of the first generation! A note on the heir poll, however-the results will heavily determine the plot of the following chapter, and consequentially will effect generations to come, so please think before voting! 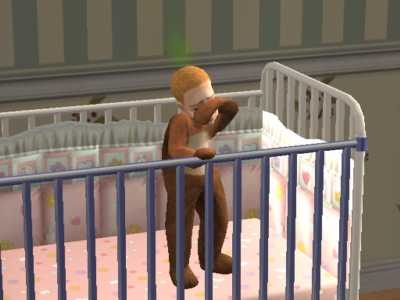 Within those happy yellow walls of the Belue home, a boiling point had been met. Another two birthdays loomed in the evening, and a stewing, blistering fume lingered throughout the day. Despite the events of previous birthdays, Blair couldn’t let the twins grow up without some sort of acknowledgment, but she saw no use in requesting help from her parents. They were useless, she knew. They were nothing but the universe’s material chew toys, carelessly dragging their children down with them. She’d had big dreams, once. Blair had wanted to be a painter, to work her way to an art school scholarship with each stroke of her brush. Now she was failing six of her eight courses. She could hardly care less.

Pleasure was all that mattered now. Between loads of dishes and piles of diapers, she gleaned moments of fun, though bitterly. Her mother had brought her back to life to mop her floors, Blair believed, and any joy left her in debt to that woman, whose health had rapidly deteriorated after the whole incident. It was an odd cycle of thought, and not one of much sense, but it was a thought, nonetheless. Other members of her family were much worse off.

On certain nights, she pretended to be a hip-hop star. On others, a crocodile wrangler. Her imagination ran endlessly, only hitting a stone wall when it stumbled over her parents-the mother and runaway father, as Bridget had called him. She would never be like them, Blair thought. She would be better than what bore her.

Despite Bridget’s cries and Benjamin’s pleas, Blair set out two birthday cakes. “You ready, Berkley?” she whispered. “I’m sorry you’ve got to grow up now, but the world’s not going to slow down for anyone.”

Aaaaand I forgot to take pictures of her age transition, because she’s my unfavorite. Whoops. Well, you’ll see the tragic haircut later. It’s vomit-worthy, I promise.

“To be honest, I’m a bit nervous,” admitted Blair.

After leaping through a swirl of tainted confetti, Bender threw his plate to the floor. “Where in the fuck is my welcoming party?!” he shouted. “Look, I love cake as much as the next person, but I was looking for my damn parents on my damn birthday!”

“Bender!” snapped Blair, folding her arms across her chest. “Where did you learn that sort of language?”

“Hehehe, I’ll just let you think on that,” chuckled Bender. “I just need a drink.”

Unfortunately, Bridget’s great, great grandmother had been an upstanding member of the temperance movement, and to put herself at ease with her occasional bar outings, Bridget had vowed to make her kitchen an alcohol-free zone. 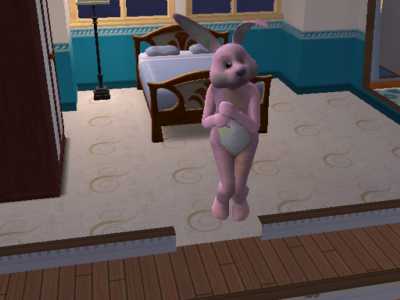 In the meantime, Frank had arrived. After his last job, he had decided that black really wasn’t his color, and put most of his paycheck towards a botched dye job. He felt it suitable for his next assigned job: Bridget Belue. She’d pushed death too far, Grim had told him, and now it was time for Death to strike back.

“Show them how crazay that little girl really is,” huffed Grim, sprawled out on his sofa. “When I got home, she made Grim here cry her eyes out! Now that is so unfair, isn’t it? I’ve already poisoned her mind-my hugs are ven-e-mous, as you well know.”

Frank wholeheartedly agreed. Those hugs were very dreadful. She hardly put any effort in at all! A real hug required squeeze, Frank knew, and Grim, while possessing an abundance of sass, had very little squeeze. 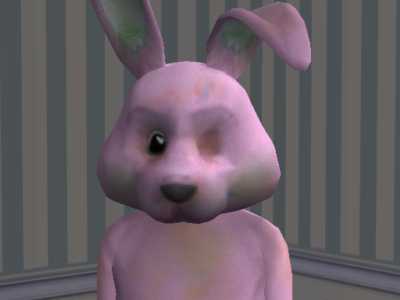 “One day, seven hours, and twenty-two minutes,” said Frank, voice never creeping from an eerie monotone. “That is when the world will end.”

“Well, Frank,” coughed Bridget, eye twitching, fingers trembling. “Consider your creepy as fuck self a member of the family!”

Unsure of how to take his unforeseen inclusion, Frank hesitantly followed Bridget to the twins’ room. 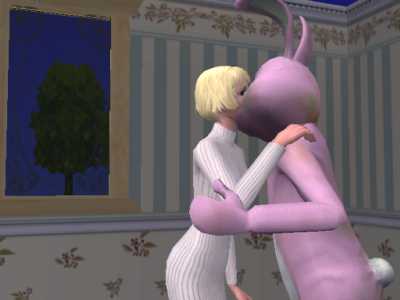 “A kiss goodnight for you!” she sang. Disease had certainly warped her brain to a completely new level, realized her child standing disgusted in the corner.

“Mom, I don’t want to know what you’re doing, but whatever it is, it’s freaking weird,” said Berkley, turning her face towards the wall. “And get back to bed, you’re sick, remember?” 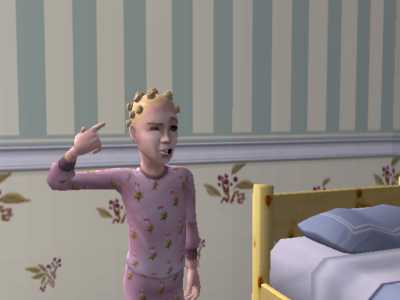 “You see this face, Mom? It means leave. Go back to the loony bin or, um, whatever.”

Classy, Berkley. Sexy face there, too. Wait a minute..

“My head doesn’t look like a Christmas tree farm, so I’m going to jump in the toilet water, lalalala.”

Well, at least she aged up wearing cute clothes? Even if she looks a little like a Catholic, Hit Me Baby One More Time schoolgirl. Take what you can get, I suppose.

The next afternoon proved to be the final straw for Blair.

After a particularly stressful day of work, Bridget collapsed to the ground, chest heaving, mouth falling open to the side. Horrified, Blair could only watch through the window. Finished, she thought. My mother is finished. A cough shattered through Bridget’s grotesque expression; an SOS was sent.

“Bridget, I am sure you don’t want to hear me say zis,” began Einstein.

“You may have realized zit by now,” Einstein continued, “but for me zit was Tuesday.”

“What did you realize?” she asked, finally speaking, voice raw, rusty, as if it were a door that had not been opened in a long, long while.

“I received a phone call.” He shook his head firmly, rubbing his temples. “No, I mustn’t tell you. Goodbye, Bridget. I am sorry.”

What a shitty therapist.

In tears, Bridget sprinted inside, pushing past Blair and yanking Professor Ball from her bottomless pockets. She thrust him in Frank’s face, jabbering freely, “Professor, this is a rabbit, a giant, creepy fucking rabbit, and he’s a part of my family now, and when the time comes, I will save him from death, because that’s what I do, I save people, like Indiana Jones. I am going to be Indy, you know that, Professor? Indiana. Fucking. Jones. Oh, I’m sorry for interrupting you! Please continue with your terribly interesting calculus lesson, Professor Ball.”

Frank shuddered. She was one special sort of crazy, he thought. Grim had made sure of that.

Terrified, Blair fled to the phone.

“WHERE THE FUCK DID EVERYBODY GO?!”

“A vacation,” said Blair, glancing reassuringly to her family filling the back seats. “Just a quick vacation.”

“I hope I don’t get STABBED IN THE HEAD AGAIN!” yelled Berkley, sticking out her lower lip.

“Even I haven’t been stabbed in the head,” wheezed Benjamin, the token contagious blue hair. “How in the world did that happen?” 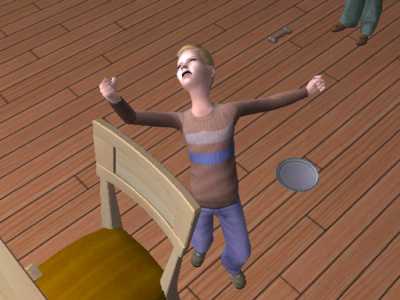 “Shut up! I was really pissed after you all skipped my birthday, and you didn’t even bother to buy the booze,” Bender interjected, “so I went to Berkley and I’s room to play with that remote control toy car. The car was boring, though, damn boring. I couldn’t even get it through the kitchen wall! So I messed around with the wiring, you know, and messed with some darts, and before I even knew it, I’d made a remote control dart!”

A collective sigh breezed through the car.

“Don’t you all start on me,” warned Bender. Snickering, he added, “It was pretty sweet, hehe.” 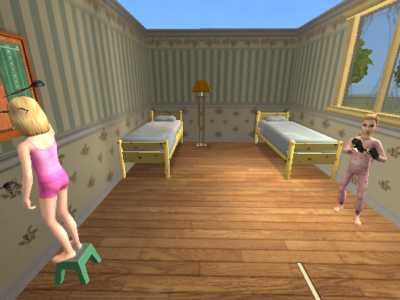 “When I woke up in the morning, an ugly space man who had no hair on his head but a big ugly chunk of it on his chin had stolen my remote control, and crashed into my sister’s head!” Swallowing, he added, “And it was terrible.”

“Bender, I see who you’ve inherited your fantastic brain from,” smiled Benjamin. “And your glorious sense of sympathy!”

Berkley refused to speak the rest of the drive.

Their destination certainly lived up to its reputation. Fun for the whole family, alright. Even Linda, Frank’s distant, mostly harmless cousin, was enjoying herself. 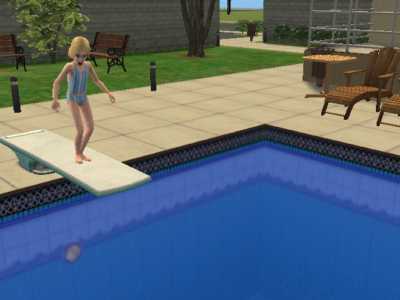 “What if someone deletes the ladders?” wondered Berkley.

“I’ve never had a cold spell in my life!” said Don Lothario. “In Lothario land, it is always hot, hot, hot!”

“Well, in Belue land, it smells like shit, the cooking’s sub par, someone’s always dying, and the thermostat never goes above sixty-five,” replied Benjamin, “but I don’t feel one bit sorry for myself.”

“Are you checking me out?”

“Good, I have a wife, you know,” said Benjamin, nodding his head solemnly. “But to answer your question. I consider myself to be the best of men. I will suffer as much as anyone else, but I will not feel sorry for myself, because, quite frankly, Mr. Lothario, I don’t fancy myself to be a pussy.”

With those closing words in mind, Don Lothario turned to the blonde woman, and Benjamin was history.

Despite her newfound love of abusing public property, Berkley felt a cold tingle brush through her, rattling from the roots of her hair to the tips of her toenails. She shivered. It was the heat, she decided. It was just getting to her head. She laid down on the bench, pressing her face against the warm wood. Something was coming, her bones told her, something huge. 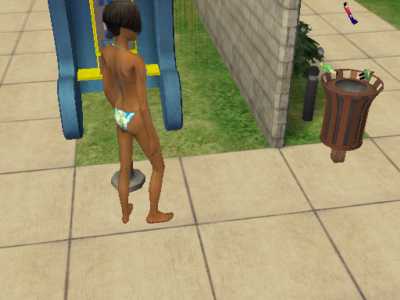 We should be home soon, thought Blair, staring at the taxi machine. While her mother deeply frightened her, Blair didn’t wish for her to worry. Turning towards the pool, she opened her mouth to call her family. It was then she felt the tingle.

Shuddering, she stared at her own hands, shutting her eyes briefly. Things were changing, she thought to herself. Nothing would remain the same. 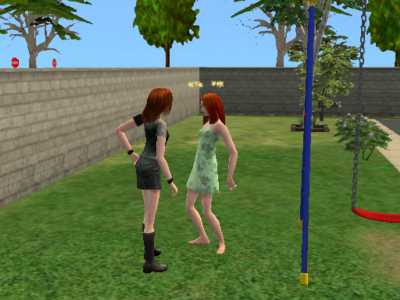 Floating on his back, Bender squinted into the midday sun. It was all so stupid, he thought. The universe had handed the Belues one fucking short stick. Interrupting his thoughts came the tingle, sending a deep shiver down his spine. He blinked, scowling. “It better be damn good!” he said, eyes back to the clouds. “Daaamn good.”

Madison was dreamed up a little east of the middle of nowhere, and was assembled a few blocks away from that. As her shelf life has worn on, she has developed a deep love for writing, style, art, emoticons, cute boys, and videogames-particularly The Sims. She hopes you enjoy her humble blog. Cheers. :D
View all posts by Anonymous Miss →
This entry was posted in Generation 1 and tagged and that's terrible, generation one, sims 2, sims 2 legacy, the belue legacy. Bookmark the permalink.